Barbershopper Of The Year

The Annual “Barbershopper Of The Year” Award

The “Barbershopper Of The Year” Award, or BOTY Award (pronounced “bow-tie award”) is awarded each year to a chapter member who has during the previous year most closely embodied the principles and goals of the chapter. Criteria for consideration include attendance at chapter, district and division functions, quartet activities, bringing guests to visit, serving as an officer or on a committee, etc. 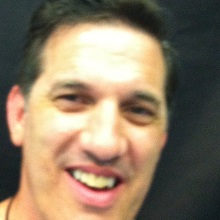 Thomas Paul is a native of Louisiana and an LSU Alum. He is a Retired Army Lt. Col., and now, as a civilian, serves as a strategic planner for the US Southern Command.

Thomas started singing with his Mom around the piano and then in their church choir at at about the age of 10. He entered the military after college and continued singing in various church choirs around the country for the next 25 years.

He started singing Barbershop with the Sunrise Chordsmen in 2009, upon the invitation of a friend who also continues to sing with the Miamians today.

He has served as Show Chairman for both the Chordsmen and the Miamians during multiple years, including the upcoming production of “A Tribute to Gene Cokeroft” scheduled for February 18, 2017, and also as Chapter President of the Chordsmen in 2012 and 2013. He was one of the leaders in the formation of South Florida’s competition chorus, “THX.”

His lovely wife, Stephanie, is an indispensable help to the chorus with all of the work that she does on its behalf. Thomas has two beautiful daughters, Hannah and Clara and he sings Lead in the chorus.

Thomas, the Miamians are very grateful for all that you and Stephanie do for the chorus.

Other Awards:
2012 Barbershopper of the Year – Sunshine Chordsmen