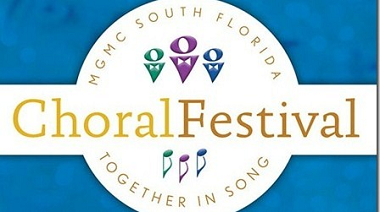 For the last five years, the Miami Gay Men’s Chorus has sponsored a South Florida Choral Festival The Miamians have enjoyed participating in both the 2013 and the 2014 festivals, and look forward to participating in the 2015 festive, scheduled for February 28, 2015.

In the 2014 Festival, the 23 members of the Miamians performed arrangements of “Dream a Little Dream”, “Lost in the Stars”, “No More Sorrow” and “Happy Trails”.

The 2014 festival included 10 choruses from Miami-Dade, Broward and Palm Beach counties, with more than 300 singers of various racial, ethnic, faith and gender backgrounds participating. Each chorus performed a ten-minute set of songs, musical selections ranging from popular to sacred to folk songs. At the end of the festival performance, all 300 singers joined together to perform as one mass choir.

Look for updates as the next festival approaches and please join us on February 28, 2015.