News » The Miamians Perform at the Ocean Reef Cultural Center

The Miamians were invited to give a St. Patrick’s Day performance before an enthusiastic audience at the beautiful Ocean Reef Cultural Center, at Ocean Reef in the Florida Keys. A pre-theater dinner and the Miamians’ performance was sponsored by the Ocean Reef Rod and Gun Club.

Jack Curlett, long-time Ocean Reef resident, Rod and Gun Club treasurer and Programs Chairman had issued an invitation to the Miamians to join the all-star 2013-2014 theater season. We enjoyed the opportunity to bring Barbershop Harmony music to some folks who perhaps had never before experienced a live performance. 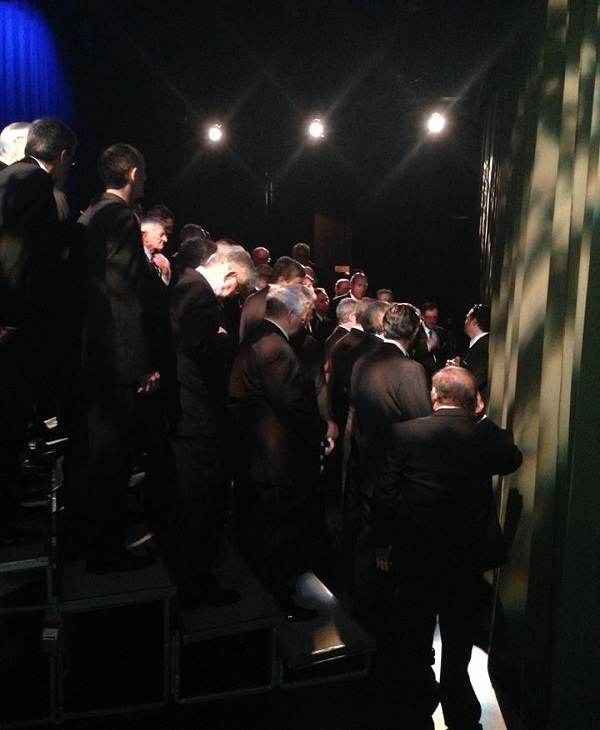 A quiet moment before the show as the Miamians are lined up ready for the curtain to rise.

After the show, many members of the Miamians chatted with the theater guests and we received many kinds words about the evening’s performance. Apparently, enough of the theater-goers enjoyed what they heard and got back to Jack with their comments, so that on the very next day, we received a call from Jack inviting us to make a return appearance on St. Patrick’s Day of 2015!!! Hope to see you there…